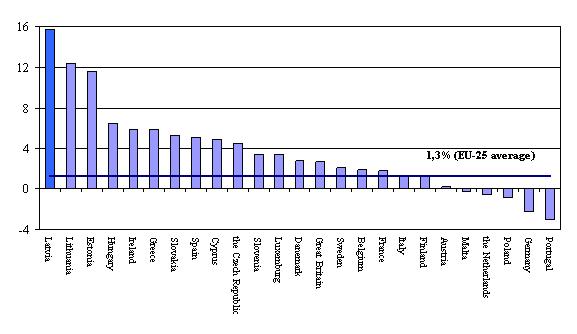 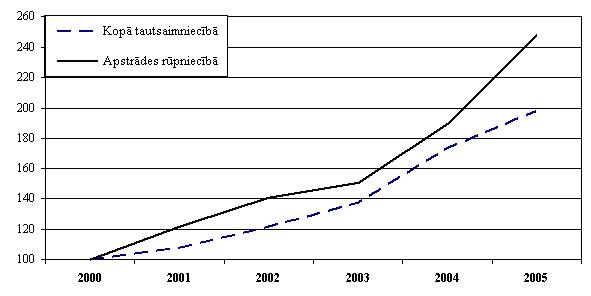 • According to non-financial investment statistics

* estimated according to the quarterly data

Area of the territories of statistical regions of Latvia, number of inhabitants and
density of population in the beginning of the year 2006

* Total value added (KPV) and gross domestic product (GDP) data of the year 2003 calculated according to the requirements of European Commission Regulation No 1889/2002 regarding the implicitly estimated services of financial mediation (FISIM), not comparable to the data published in previous reports. 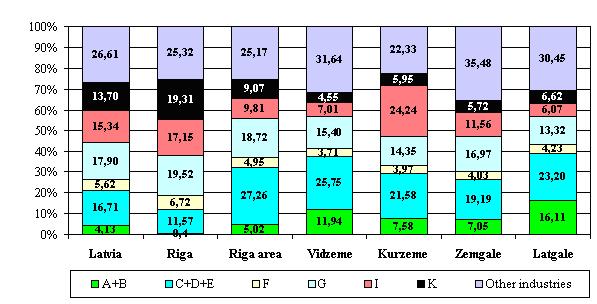 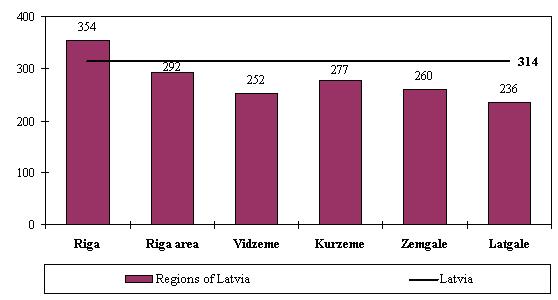 Information source – “Report on the development of national economy of Latvia”, published by the Ministry of Economics of the Republic of Latvia in 2006.

Manage Cookie Consent
To provide the best experiences, we use technologies like cookies to store and/or access device information. Consenting to these technologies will allow us to process data such as browsing behavior or unique IDs on this site. Not consenting or withdrawing consent, may adversely affect certain features and functions.
Manage options Manage services Manage vendors Read more about these purposes
View preferences
{title} {title} {title}