Bez tēmas
28. September, 2012
II International Investment Forum “Latgale – Eastern Gate of European Union” took place in Daugavpils on September 20 and 21. It was attended by more than 400 entrepreneurs and municipality representatives from 15 countries.
The enterprises SIA “Eko izo” (dealing with manufacturing of ecological cotton wool from waste paper for building insulation), SIA “Abi Pro” (ensuring recycling of plastic items), SIA “Teks” (dealing with woodchip manufacturing and fuel supply), and “Arco” representatives have received an invitation to participate in the International Congress of Industrialists and Entrepreneurs taking place in Kaliningrad (Russia) on October 4 to 6, where 27 countries will be represented. As it is noted by Vladimir Nadezdin, the head of Business development office of Development department of Daugavpils City Council, “During the forum, Daugavpils City Council has signed two cooperation contracts – with Alaverdi city in Armenia, and Magnitogorsk city, Russia”.
SIA “Sistemserviss” has received an offer from Narofominsk (Russia) company of residential services and public utilities to supply water registration devices developed by the said company for installation in dwelling houses who, if compared to other similar measuring devices, are protected against different external factors influencing work of a counting device and always show the actually used amount of water.
In his turn, the Economic Adviser of the Embassy of France in Latvia Philippe Bravard, who attended the forum, has promised that in near future the second biggest city of Latvia could be visited by potential investors from France dealing with hotel business in order to discuss possibilities of building a new and comfortable hotel meeting at least four star requirements.
Aija Vanaga, office manager of the business incubator “Hotel of Ideas”, told that during the forum an agreement has been reached on experience exchange and cooperation between the business incubator “Hotel of Ideas” and the business incubator of Ignalina NPP Region (Lithuania).
Speaking about the results of the forum, Gunars Upenieks, chairperson of Latgale Planning Region (LPR) Development council, indicated that the region development results can only be achieved in case if State structures, municipalities and entrepreneurs are working together.
The forum took place within the framework of the project „Fostering Capacity for Business Development in Latgale-Utena Cross-Border Region”, Region Invest, LLII – 119, implemented as a part of Latvia – Lithuania cross-border cooperation programme for 2007 – 2013.
Iveta Mukane, manager of the project, informed that within the frames of the project, LPR and Ignalina NPP Regional Development Agency (Lithuania) have provided for around 400 consultations on business start-up and export planning, 3 training modules have been developed and training of more than 360 beginners and experienced businessmen as well as students has been carried out. Administration of LPR has participated in two international investment exhibitions – in Vitebsk (Belarus), in the forum “Innovative business – investment into the future” and in Moscow (Russia), in the exhibition “REX-2012” where potential foreign investors were presented with the most perspective investment objects in Latgale – Utena region. Numerous other activities for business promotion and investment attraction to border regions have been implemented, too.
Prepared by:
Harijs Vucins, 13.STĀVS SIA
E-mail: harijs@13stavs.lv, phone/fax: +371 65421243
Additional information:
Iveta Mukane, project manager
E-mail: iveta.mukane@latgale.lv 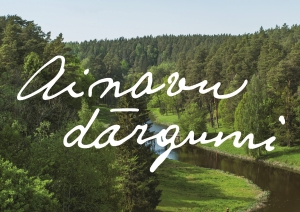